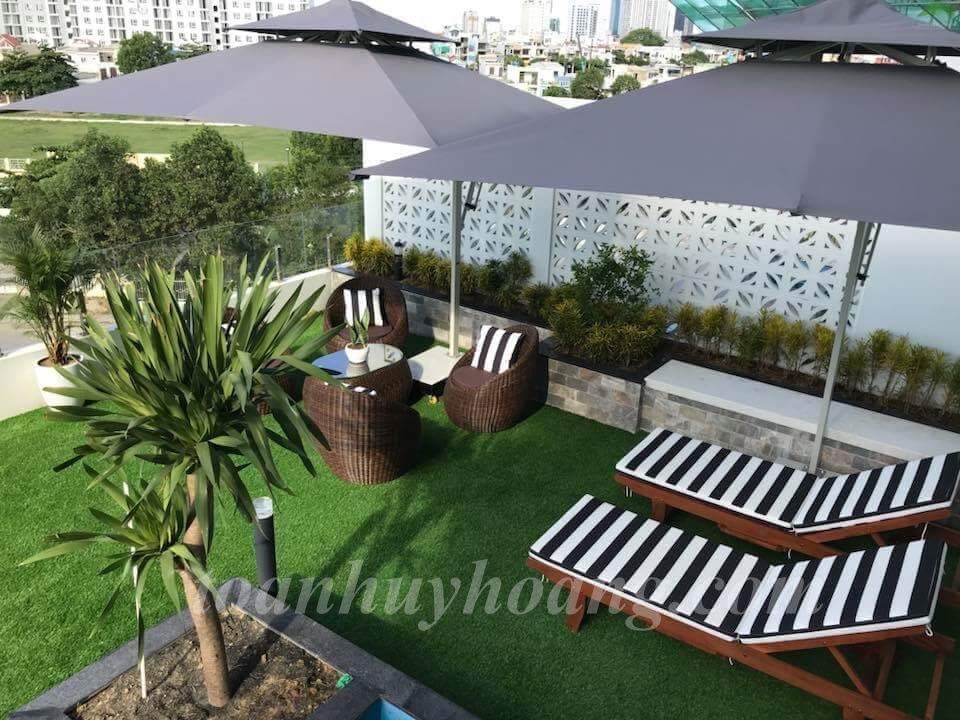 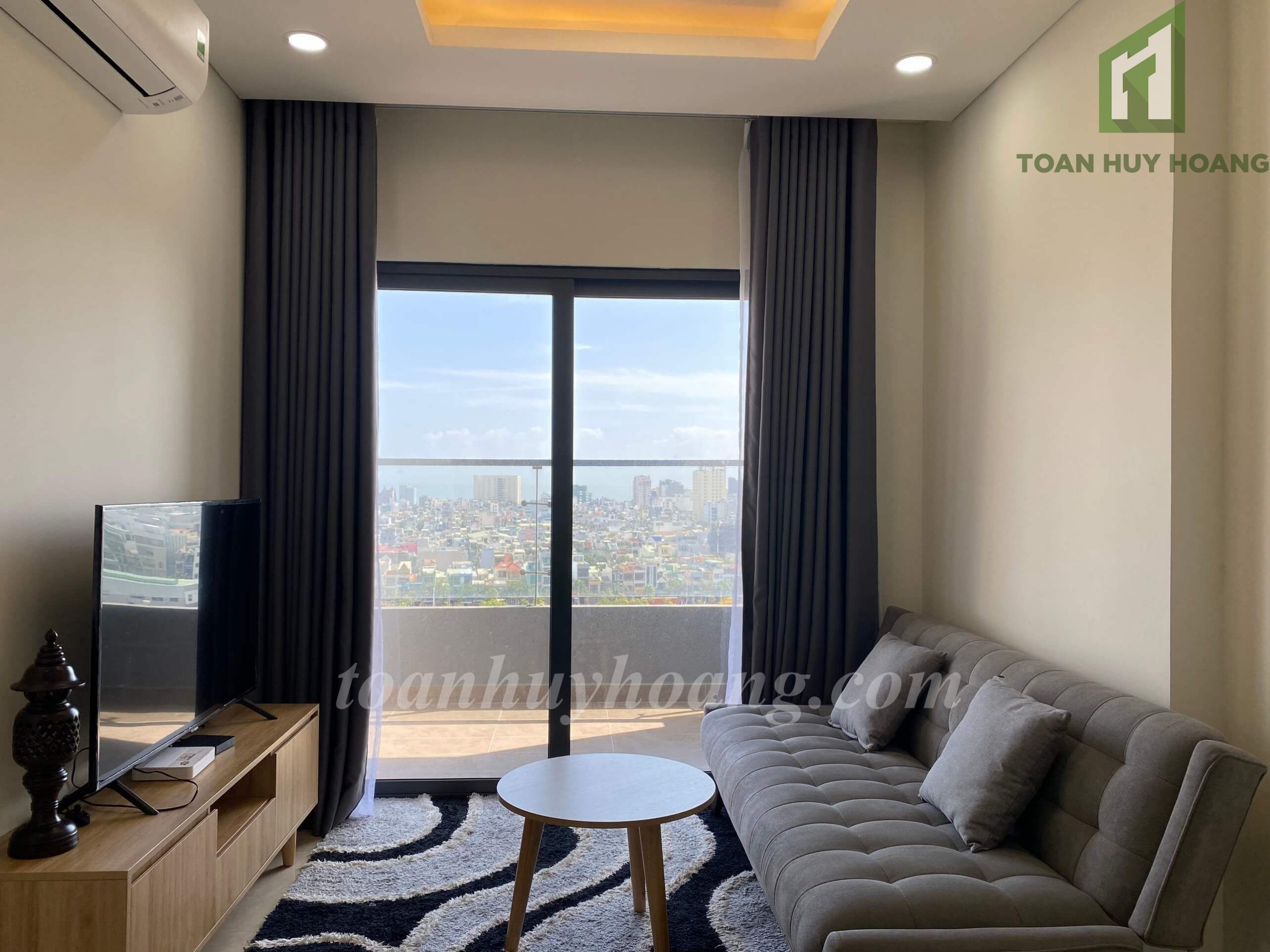 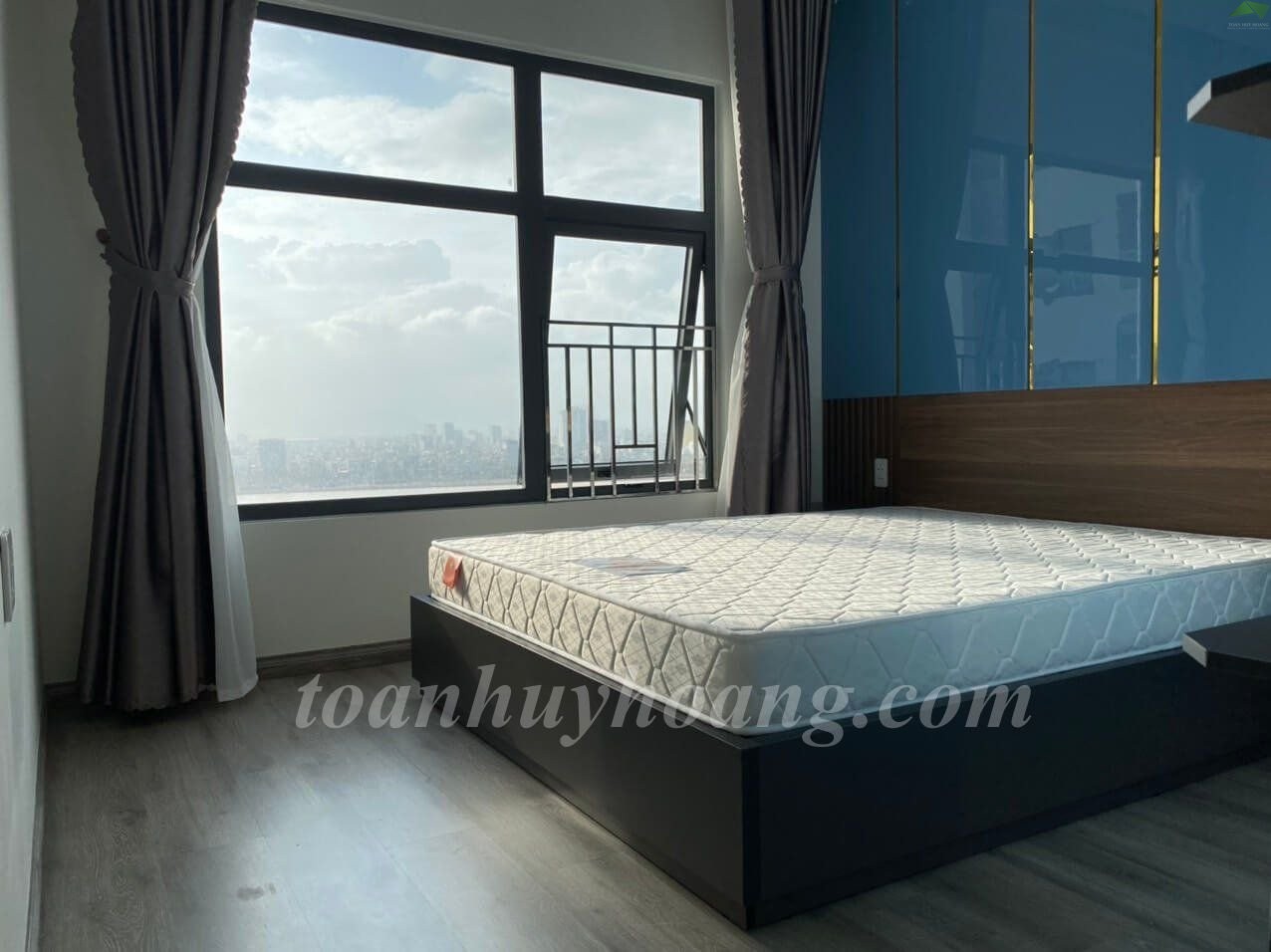 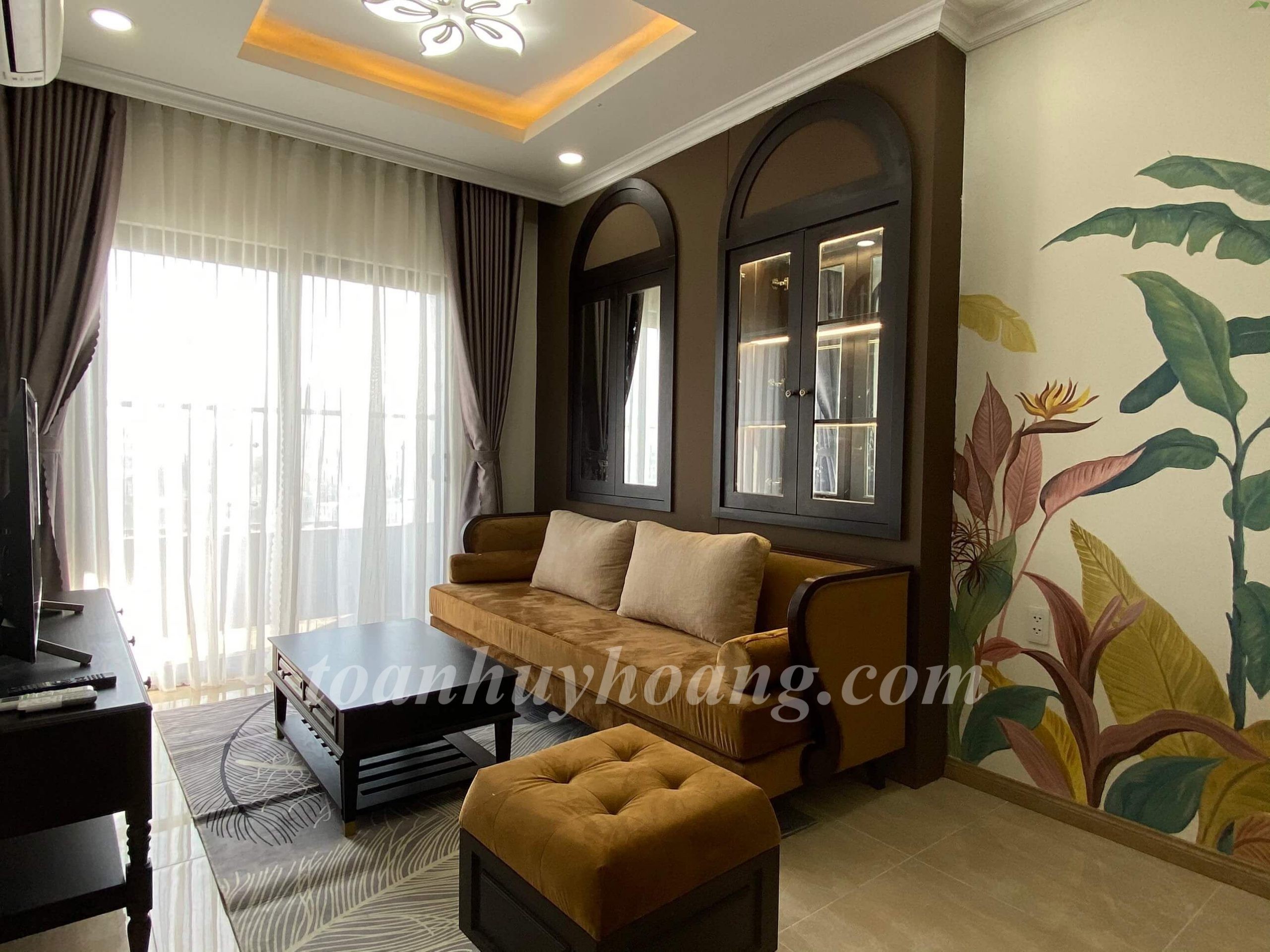 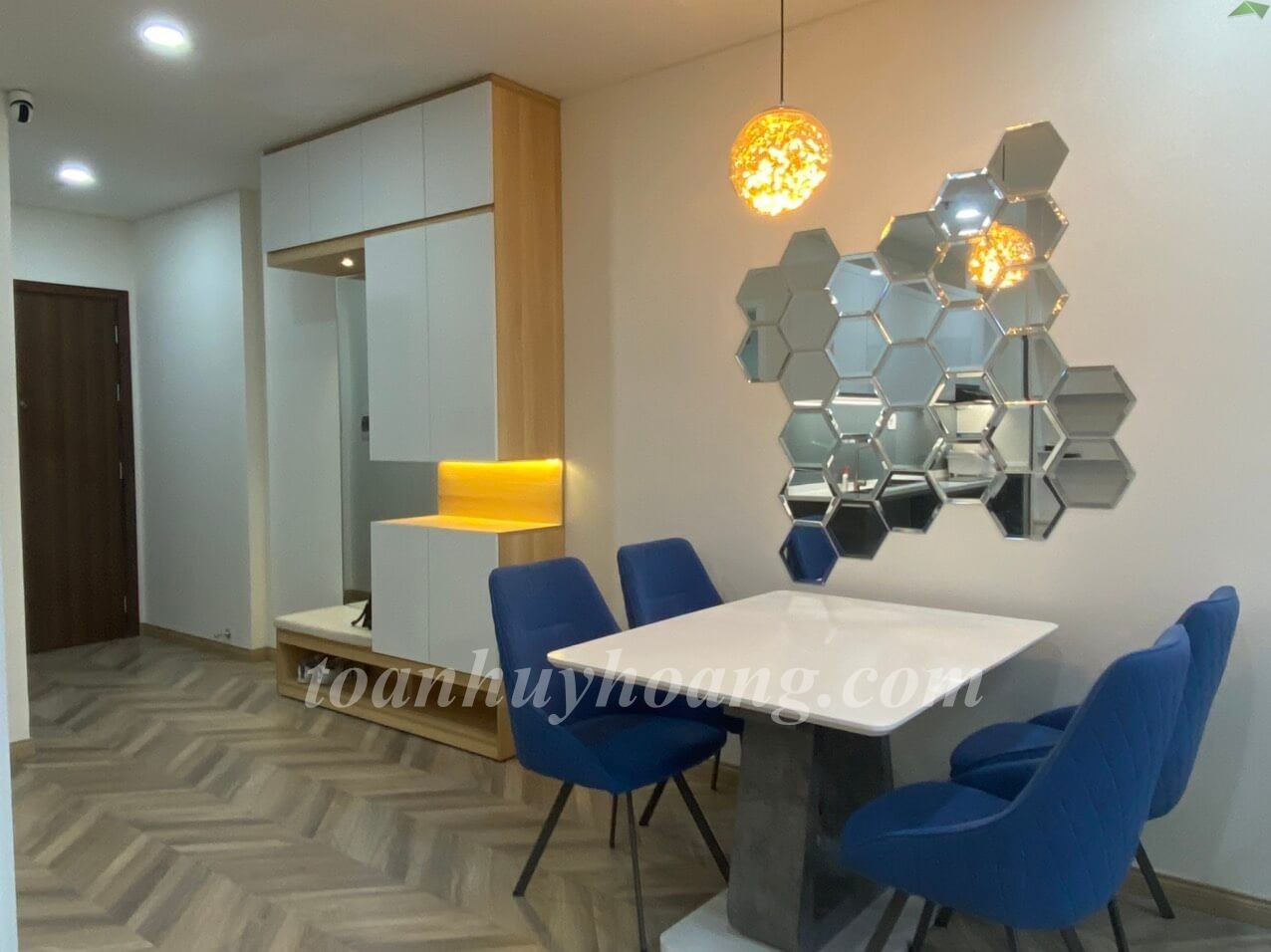 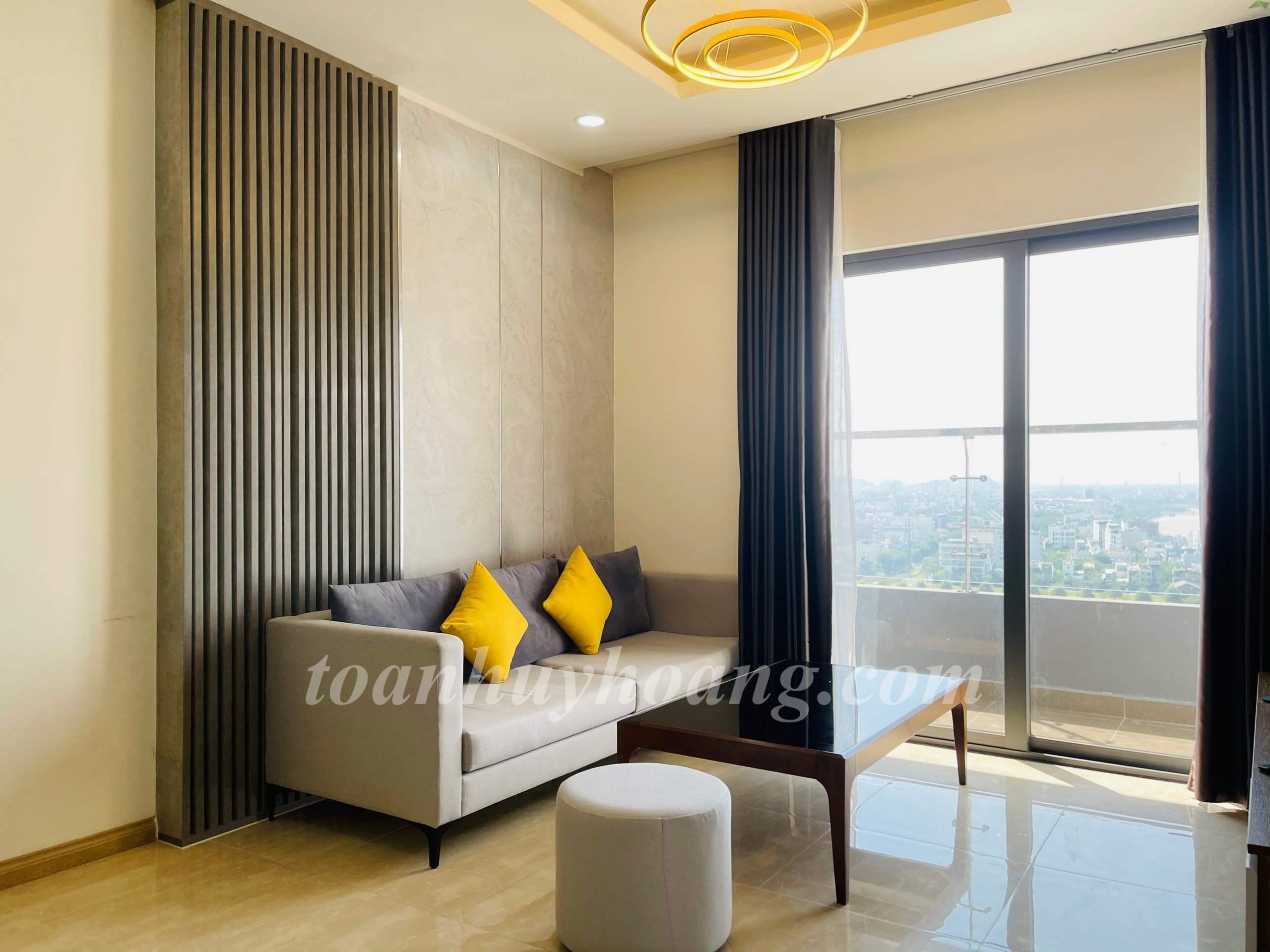 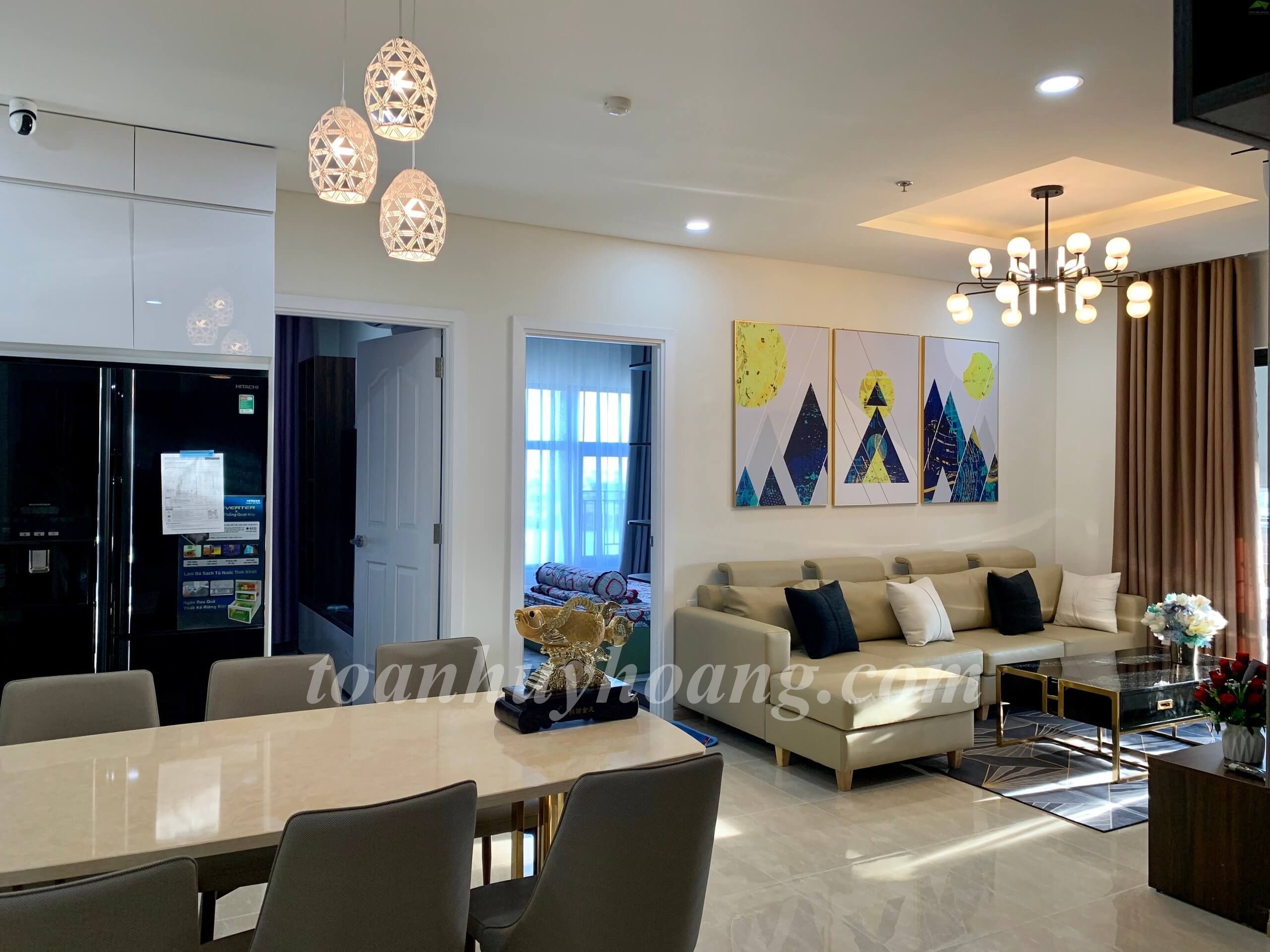 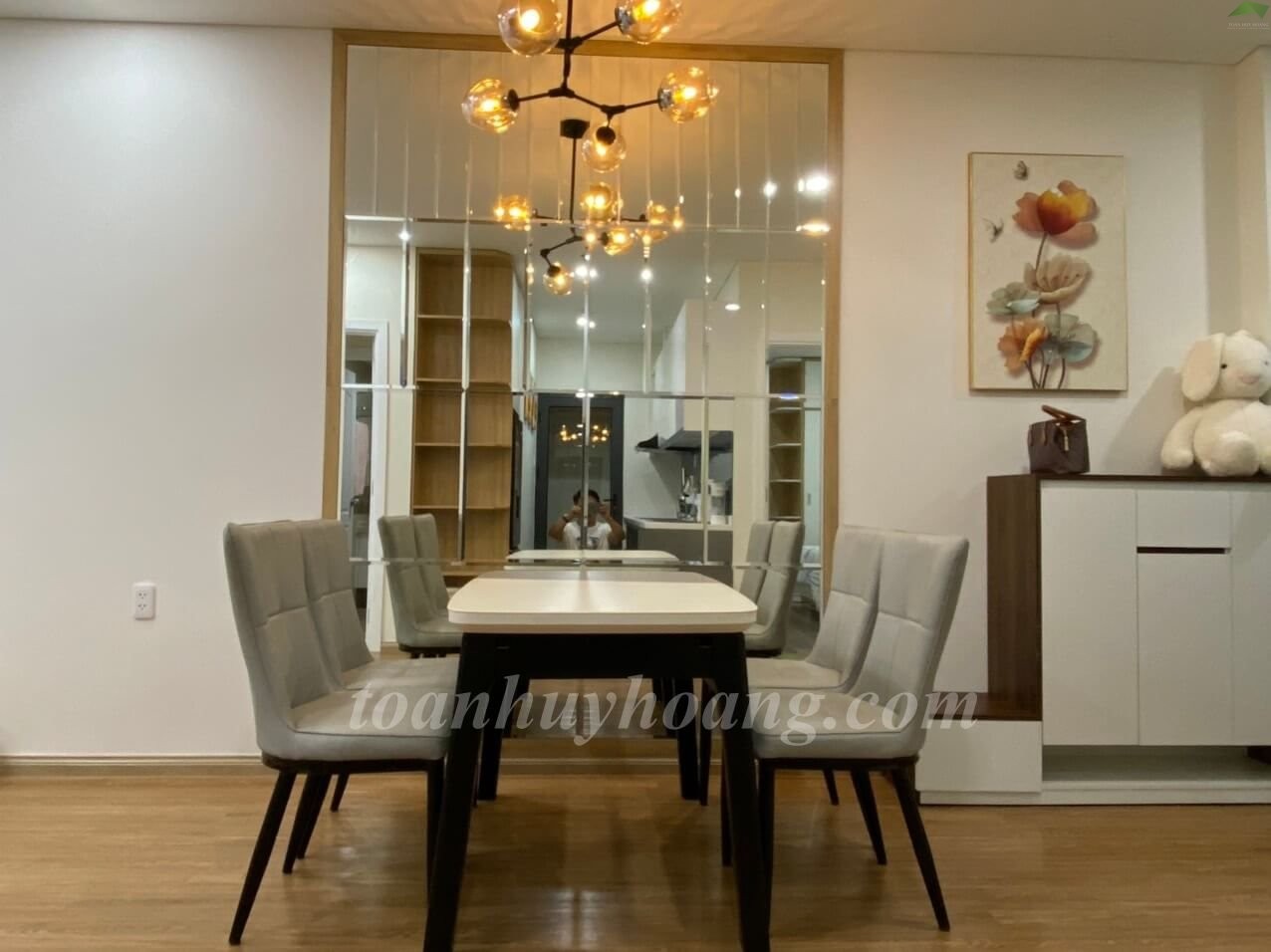 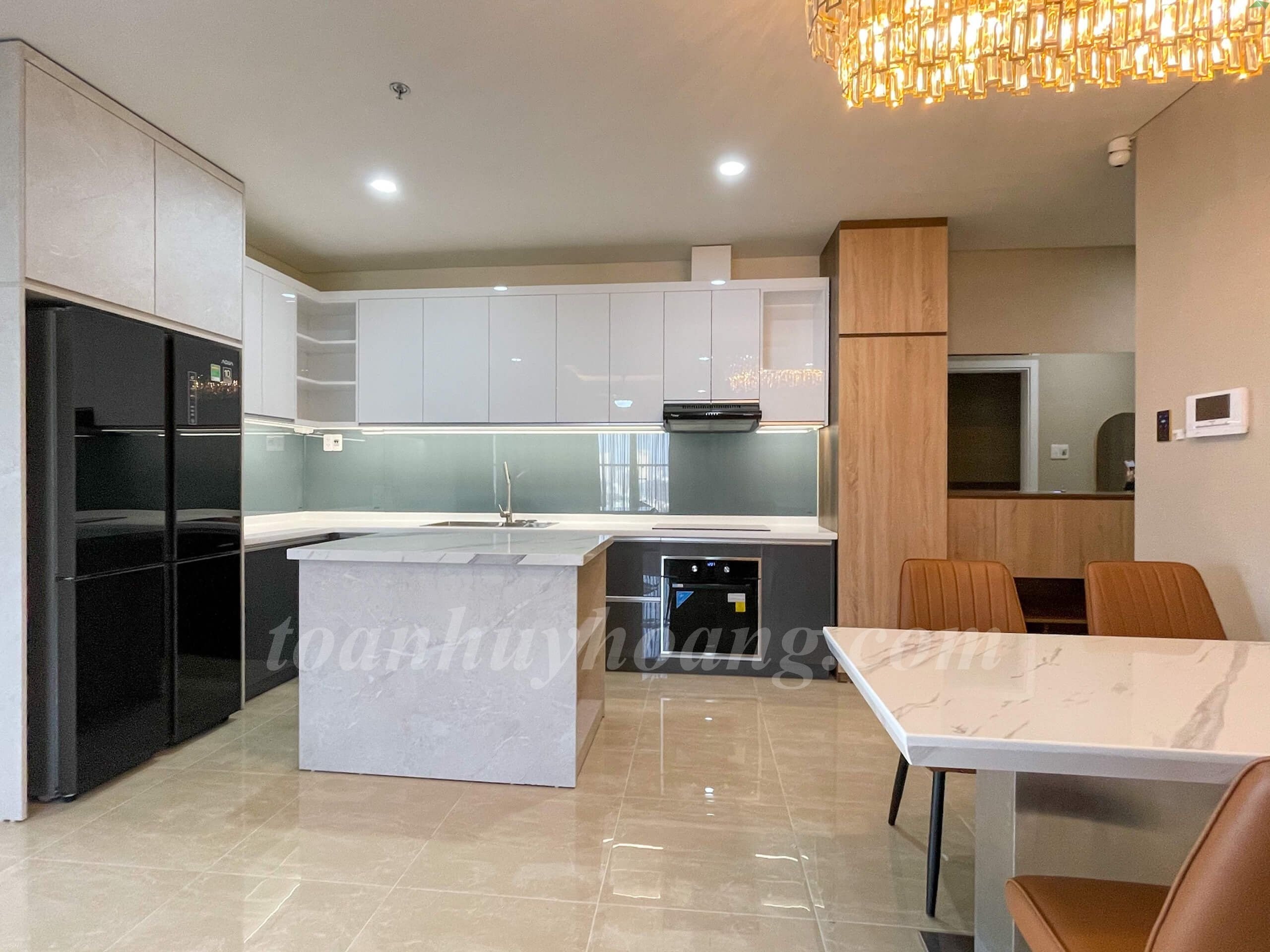 Corner Unit 3 bedroom Apartment For Rent in The Monarchy Building 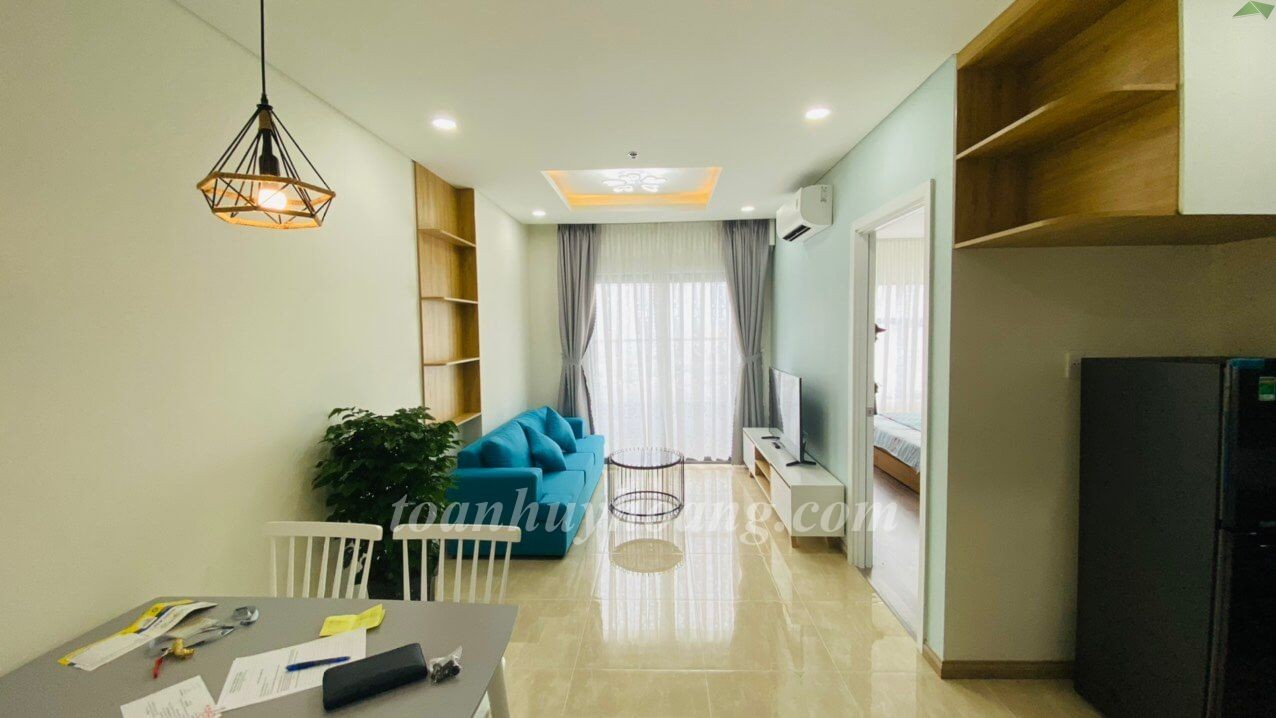 Simple but Beautiful design 2BDR Apartment For Rent in The Monarchy 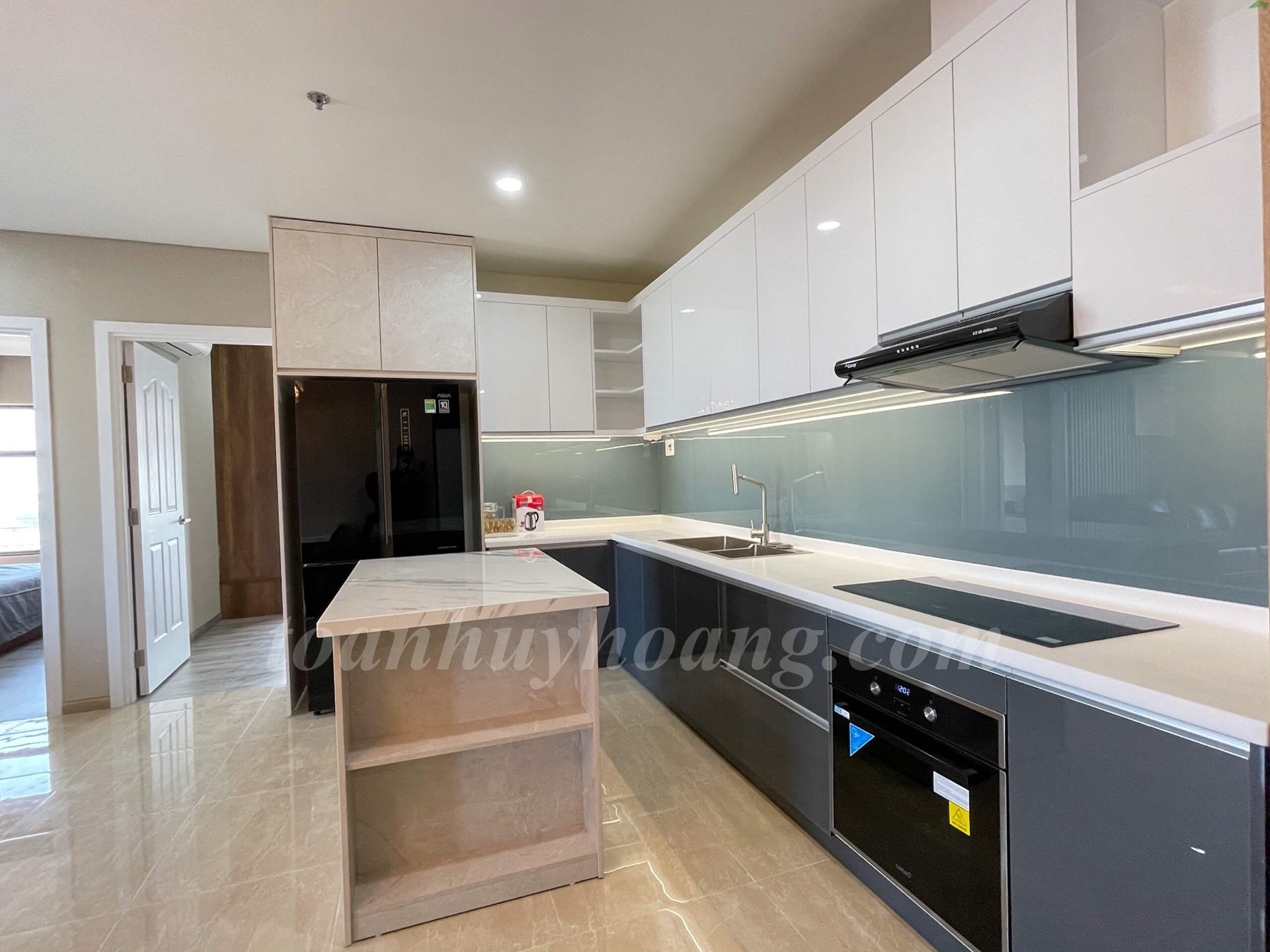 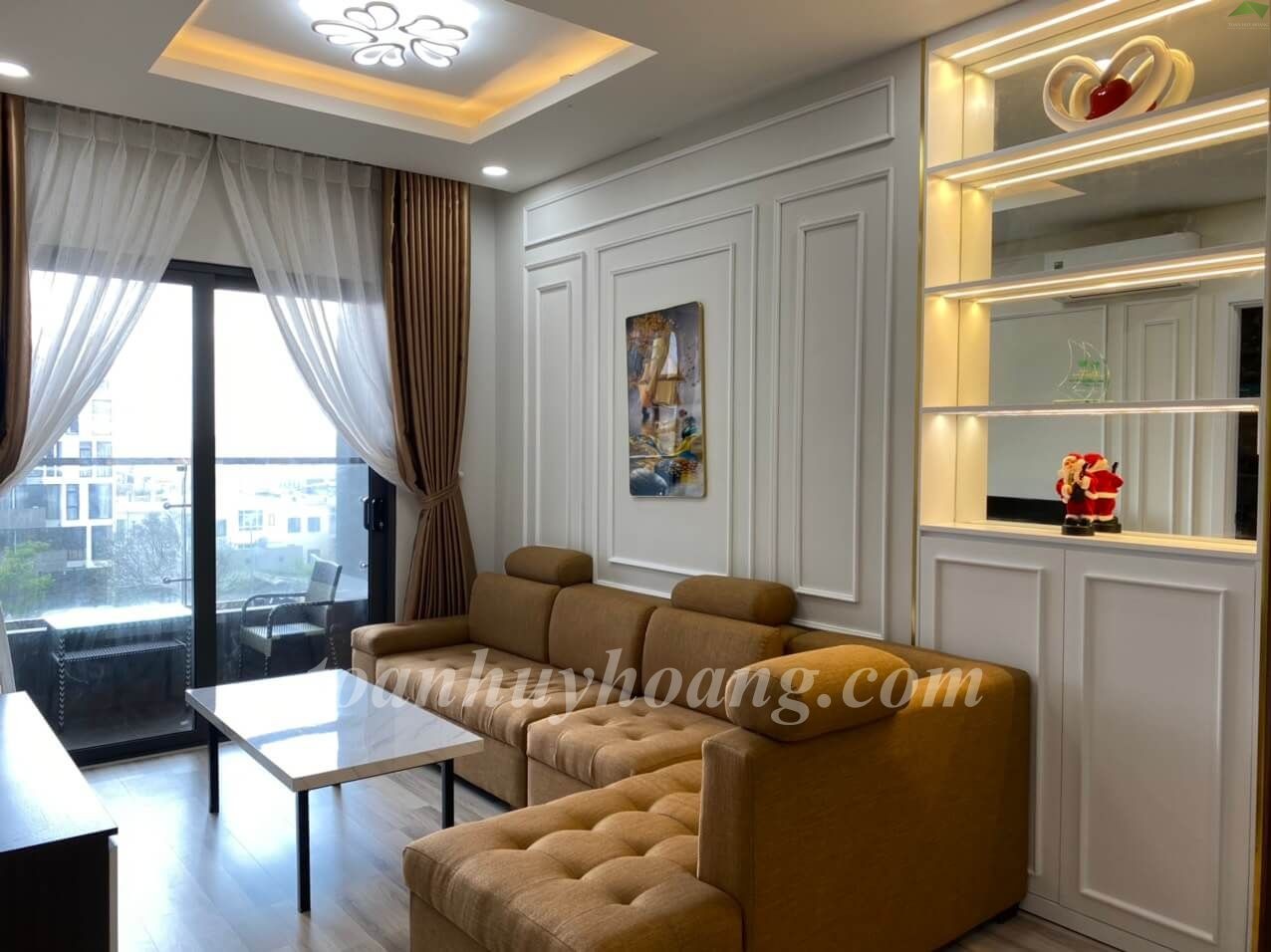 In recent years, “the luxury apartment” has got a lot of attention by young people, especially the well-educated ones who have high and steady incomes. That is absolutely understandable because the land bank is shrinking, which makes an opportunity for the projects on renting luxury apartments in Da Nang will solve housing issues with people who want to live in luxury apartments and safe environments.

The Monarchy Da Nang is well-designed from the scenery and utilities to the minor details of interior design. The differences are not only the pre-eminent design but also the 53% green space in the apartment area creates fresh air. Besides, the integrated smart home devices make the Monarchy B Apartment luxurious and convenient.

Monarchy Apartment which is located on An Trung 2 Street, An Hai Tay Ward, Son Tra District, Da Nang City is Da Nang Housing Investment Development JSC’s intense projects. It was planned on an area of 9000m2 with 4 frontages and next to the poetic Han River, including 941 apartments of 2 buildings ranging from 17 to 30 floors and in a variety of areas from 47m2 to 100m2.

The Monarchy Da Nang Apartment has modern design with green architecture to get the Han River’s breeze and light. This wonderful project that could not be beaten because it is recognized as the first garden apartment project, the first large playground for kids apartment project,… Moreover, it is the most affordable resort project with the prime location in front of the poetic Han River.

THE MONARCHY APARTMENT – BLOCK B 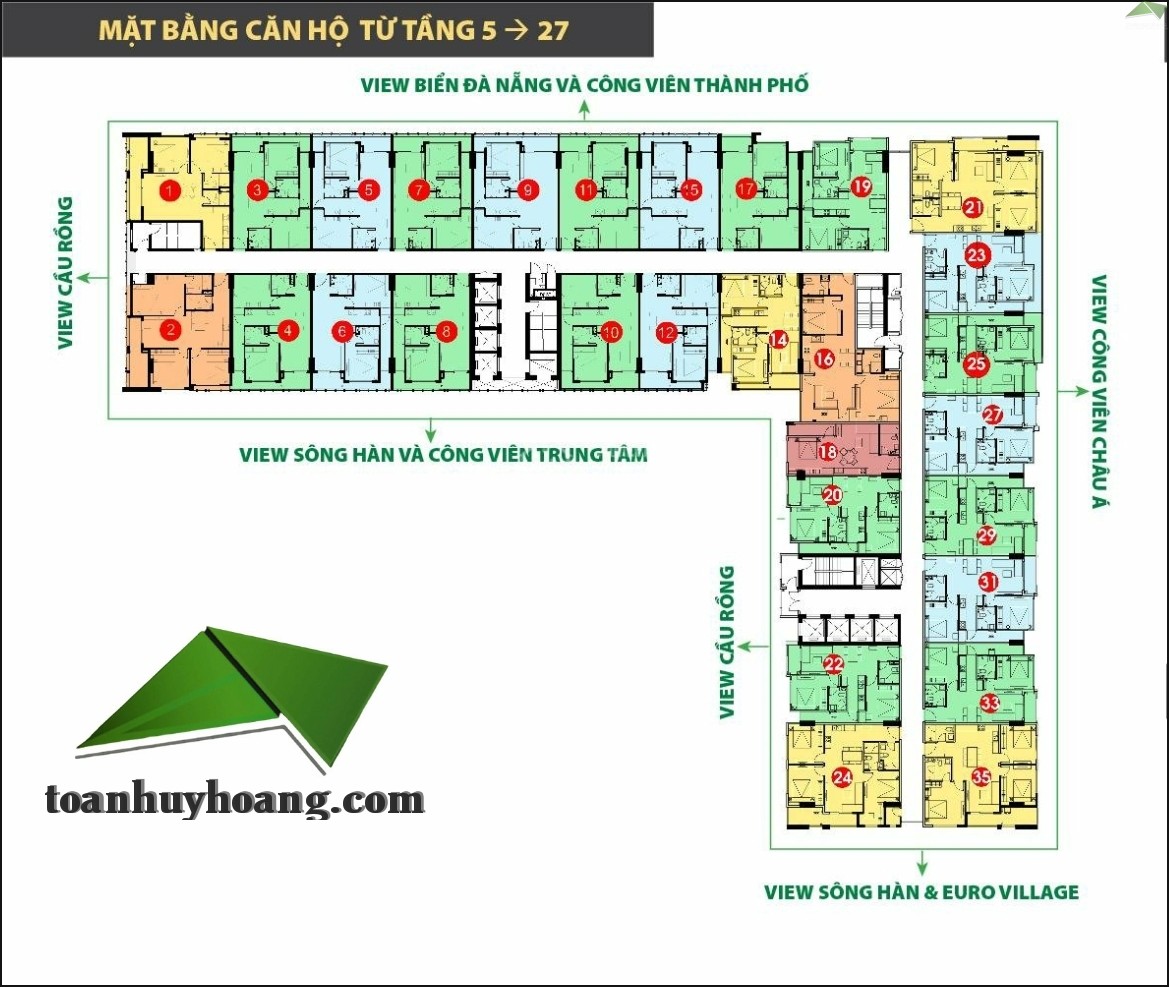 THE PRIME LOCATION ALONGSIDE THE HAN RIVER

The Monarchy Da Nang is located on 4 frontages of Tran Hung Dao – An Trung 3 – An Trung 2 – Tran Quang Dieu Street. This project is adjacent to the Han River and between the Dragon Bridge and Tran Thi Ly Bridge. It is only 2km from the center of Da Nang by the Dragon Bridge and 4km from the sea. The Han River, where The Monarchy Da Nang is situated, is a large river and has many luxury villa projects around such as Europe Village (Sun Group), Green Island, and Halla Kreves.

Monarchy Apartment B has nearly 800 fully furnished and well-equipped apartments as follows:

– The smart car parking systems which is ensured to be better than Hiyori.

– The wide-open space is covered by nearly 60% of green space, which brings a modern and clean living environment.

– The DHC Marina (is opposite and far from 1km)

– The Monarchy Da Nang is in such a well-educated residential zone including Euro Village, Green Island, Halla Kieves.

B2 and B3 buildings were built with a panoramic view of Da Nang City, especially Han River. From there, we can enjoy the gorgeous beauty of the Han River and the beautiful and famous bridges like Han River Bridge, Dragon Bridge and Tran Thi Ly Bridge.

The main functions of smart house system are frequently used:

Being inspired by the prosperous life in New York, the unique architecture of Paris – the City of Light and the fresh environment in the most livable city in Vietnam, it can be said that The Monarchy Da Nang is a real diamond converged fully the quintessence of iconic cities, a place of the upper class on the bank of the romantic Han River.

The Monarchy Da Nang project always desires to bring the most comfortable and happiest life for the residents.

Therefore, this project is invested fully from the utilities to the security system and fire alarm system. Additionally, the residents can also be lived in a civilized residential community that gathers highly educated, polite, and friendly neighbors.

This environment is suitable for families with young kids so that they get the best development conditions and avoid the social evils from outside.

The apartment is laid out with a modern European style.

The deeper we go to the inside, the more we can sense the investor’s subtlety in selecting the white tone as a dominating color for the interior. Its design concept is also selected carefully to create a modern living space but keep the traditional points.

Being designed by West Green, The Monarchy Da Nang has both European modernity and East Asia’s beauty ideals together. Thus, it deserves to be a precious pearl in the heart of Da Nang.

The apartment’s order is guaranteed 99% because the investor always cares about all like elevator systems, smart parking systems or security systems or camera systems to make sure the residents’ safety.

In addition, the owners can connect smart-home system directly via their smartphone to observe their apartments

We’d like to introduce you some outstanding Monarchy B apartments:

In addition, we also have a lot of properties for rent in Danang. Please refer below.

If you are looking for accommodation in Da Nang, we believe that Toan Huy Hoang Realty Company should be your first destination. Don’t hesitate to contact us on the social media sites below.